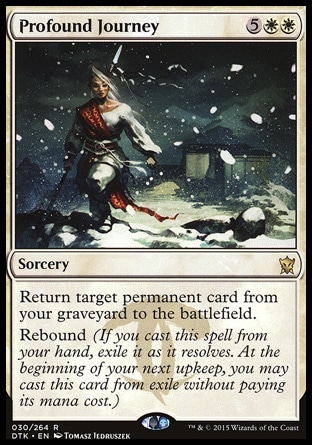 Another year, another State of Design response.

While I’ve tried to keep up every year that Maro has written one, I think it’s important to voice your opinion about what you have thought about the past year. I know Maro gets so much player response, especially on Tumblr where it’s short bursts of info, it’s also good to write something a little longer. If you’re giving feedback, there’s something you need to communicate that can be very hard to do:

If you liked something, explain the reason. Same for not liking something. There is nothing as useless as “this sucks,” but don’t explain why. “I didn’t like that there were too many aggro decks,” is a valid reason, “I don’t like dragons,” is a valid reason, “Because why can’t we have Counterspell back?” is not a totally valid reason but if that’s the way you feel, please respond that way. Be kind, be courteous. I’m not trying to “tone police”, but even if you disagree with what has happened you can still be respectful. If you want your voice to be heard, write something; WotC will read it.

I know that last year I kinda went into a “Theros wasn’t an enchantment block so it missed its mark” midset and in hindsight, I still believe that. It’s okay to disagree with how things turned out. Did I think Khans block turned out better? Let’s find out. END_OF_DOCUMENT_TOKEN_TO_BE_REPLACED

This is the 5th State of Design that MaRo released since his tenure as Head Magic Designer who is the mouthpiece of Wizards. But this is quite an important one as now, after this amount of time, he has developed a pattern. Before we look at the present (and the “future”), we must look at the past.

MaRo always has goals that he wants to do for design for the upcoming block. This is always an easy task because *shock* they have already designed and close to printing the future block that MaRo is wanting to make goals for. It’s easy to make goals for something you’ve already done. Maybe goal in the traditional sense (the act of throwing, carrying, kicking, driving, etc., a ball or puck into such an area or object), should be replaced with another definition (Synonyms: 1. target; purpose, object, objective, intent, intention. 2. finish). Um, let’s use intent. It’s their intent (goal) to do hit these marks and make them go over well.

Taking a look at the past year’s “goals” there is a pattern going on here (MaRo says humans like patterns). Let’s take a look at them for each year and see what the goals were with what they accomplished:

1. Institute block design (Have colored pairs throughout the block rather than one set)

2. Design between blocks (Don’t have Ravnica beat up Champions, let them work together)

1. Continue with the past goals (Past-present-future, cards that work with multicolor, mix dredge/hellbent with flashback)

2. Embrace the tools of the past (Use old mechanics)

1. Go back to our roots (Creatures smash and Blue/Black get the best spells)

3. Be all inclusive (Spikes got Faeries/Cryptic Command, Johnnys got hybrid and Timmys got the entire Lorwyn block)

1. Give things more time and space to breathe (The middle set? No new mechanics)

2. Embrace Flavor (5 shards each with their own keyword/theme)

3. Don’t be afraid to diversify (We about to go to war, invest in some nuclear bombs)

1. Explore new areas of design (No set around lands yet? Brilliant!)

2. Bring more resonance to the game (It’s a Trap!)

What does that mean? Do MaRo’s goals actually mean nothing then just big giant spoilers for the whole block? Is the cake a lie? END_OF_DOCUMENT_TOKEN_TO_BE_REPLACED