This list was started before the announcement of how Extended is going to change, but I decided to continue with it anyway. I thought it would be fun to take a look back at the top Old Extended legal mechanics that have the most open space. Of course, I’ve got rules for this before people get up in arms about what I left something out.

Why am I doing this? There has been a push by Wizards to start treating keywords more as renewable resources rather than just throw-aways (No Single Serving Friends here). Yes, you still see those throw-away mechanics here and there in some of the smaller sets (Prowl, Cascade), but for the most part keywords are being created to be used over and over. Seeing what open space is still left in mechanics instead of “wasting” new areas will not only allow that virgin space to last longer, but allow something to get fully explored to get more interesting with each generation of the mechanic. It’s always Wizards’ tradition to go with the easiest/simplest way of introducing a mechanic then ramping it up (See: almost every block that has a keyword mechanic). The second time around, it evolves.

This doesn’t mean that other mechanics can’t be used over for the same general purpose, it’s just they don’t have the chance to grow or evolve based on what they are set up to do. Two examples: Cascade and Threshold. Cascade, the way it’s set up, can’t do anything different then just cast cards less than the casting cost of the card; it’s very rigid in its ability (though every powerful). Threshold, while requiring you to have 7 cards in your graveyard, can do anything it wants once it meets that requirement (from a land becoming a creature to the only way a spell works). It’s that versatility that we’re looking for.

I’ll be creating a card with each of the mechanics to give one area of design still usable. And, again, if Wizards wants to use these designs, please feel free to do so.

Yes, I was just said that this is one of the most broken mechanics, but it is also one of the better ones out there. While this possibility could return in SoM, expect it not to have the same power it once did. But, if you open it up and not have it just be Affinity for Artifacts, but Affinity for Elves or Affinity for Blue permanents, suddenly you have some more space to play around in.

One of my favorite mechanics created in the past several years, but it is a little limited on what it can do. Sure, you can have very different effects from countering spells to gaining life, but there was another one that did make it into the Top 10 that you can do so much more with. While it was hated by focus groups (What do they know?), there’s still plenty of space to mess around with.

Currently only on Elementals, Evoke allowed creatures with larger casting costs to enter the battlefield for the triggered effect much earlier, whether it was a enters or a leaves the battlefield trick. While there is still a ton of space that you can use to create more from this keyword, they’re all going to be enters and leaves triggers which can limit their abilities to almost “Enter the battlefield” creatures.

What looked to be a one time deal in Darksteel has now shaped fatties to be more powerful. While it is useful, it doesn’t really lend itself to too many things besides “Can’t kill me.”

A new one on the block, but it doesn’t really do much besides replaying the card for no cost. While some cute things can be done to be built on the concept (ala Survival Cache), it’s not going to become too much more open unless it’s mixed with one of these other keywords.

Very simple, easy to understand mechanic and the only one on this list related to damage (in its current form). This was the only damage related mechanic that was even close to approaching the Top 10 (Even it in for a while). Exalted, Bushido, Ninjutsu, are all more limited than Wither. 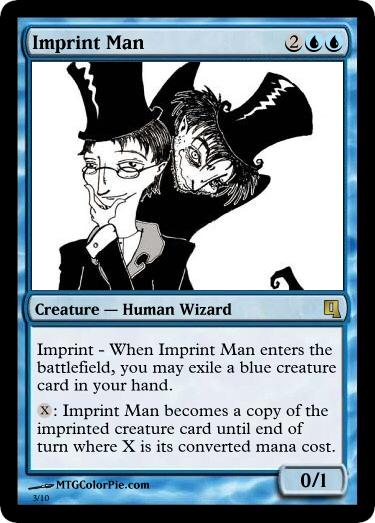 If I was going to be bet for one mechanic to show up in SoM, it would be this. There are so many different things you can do with Imprint. So far only used with artifacts, this can stretched out to all permanents, such as the creature to the right, or even instants like Landfall was in Worldwake. The variables for types imprinted cards in the different zones and what you can do with them is pretty much limitless. Sure, there might be variations of mana creatures, but it’s open to anything.

Green really doesn’t see much to help lower to cost of spells (White sometimes does), so having your creatures to help pay for spells is a great way for Green to get that. While it would not be very exciting to just make spells cheaper, you can do different effects by how many creatures tapped, the creature type, the power/toughness of creatures, all of those combination to make the spells work. Using creatures to power different spells is some Green should, “tap” into. /Shows self out.

Mark Rosewater once said that most every mechanic is basically kicker. But Wizards has limited themselves to kicker meaning “Bigger and better” than the original. Multikicker can have the same idea (getting something bigger), or go a different, but obvious route. There can be cards that tie together (ala the card on the right), or ones that have no connection at all (such as Bloodhust Ritualist).

Criminally underused for the fear of it being too powerful of a mechanic, it completely fits into the Blue/White way of thinking. While still having the card in your hand, the two abilities intertwine (the forecast and whatever the spells will do) to create a powerful experience. Because it’s all about card advantage, there are numerous things that can be done with forecast (as seen to the right). Forecast, if designed correctly, will make it be two cards in one, which is a great idea.

Now seeing play in a Core Set, scry is the little mechanic that could. Why this beats out clash is twofold: 1, you don’t have to have a winner and 2, you don’t have to reveal anything if you don’t want to. Keeping the number variable is genius as it makes good cards better. By interweaving scry with other ideas (rather then just tacking it on a card), this is where you can open up new design space. Mix and match it with other things to create totally new concepts. 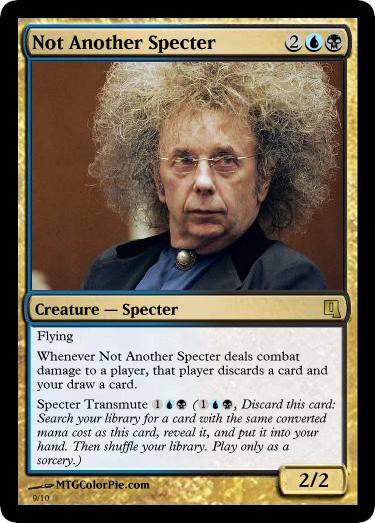 Yes, another Ravnica block mechanic (though the last on this list). While it has several things go against it (constant shuffling, slowing down game play), it does give itself to one interesting parallel: cycling. If you want to transmute for something (while keeping it controlled), you can say Sorcery Transmute, or Elf Transmute. It limits what you can find in both converted mana cost and type, but makes it that more interesting for deck design. 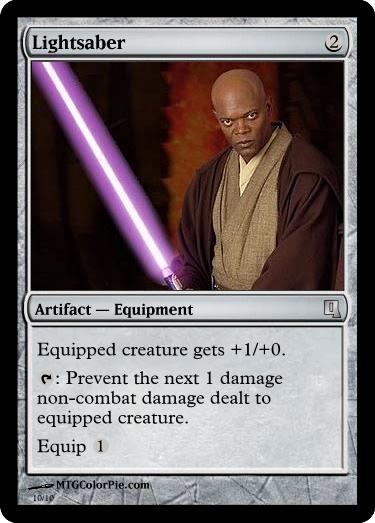 This is a cheap way to get equipment onto this list when it certainly could have gone on the other list, but because of this keyword I’m putting it here. Because you can now create weapons that Magic really didn’t have, the sky is the limit as what you can do, as proven by Skullclamp and Jitte. More powerful than auras, equipment is something that can accommodate more keywords than another other keyword on this list.

One might take a simple glance at this mechanic and rebound and say they’re kinda the same. By looking deeper, you can tell the huge difference between the two: with suspend, you can manipulate the spell. From the spells that had actions when suspend counters removed to ones that re-suspended them, there are things you can do to besides just waiting for it to be your next upkeep to cast it.

One of the newest keyword mechanics, it is also one of the more variable. It’s not good to design the mechanic that benefits from your opponents playing land (’cause it would cause them not to play them), almost anything can be done with your lands entering play. There can be great drama created (such as the card to the right) that can suddenly be used that no other mechanic can take advantage of since Landfall is the only mechanic that you can guarantee that will go off almost every turn and, except with a few outlining cases, can’t be completely abused.

From one of the most recent unloved sets, Splice is everything that all of these other mechanics could be. It was forced to be “Splice onto Arcane” dooming it to completely be a block mechanic since it was clear that Arcane wasn’t going to get printed outside of Kamagawa. But, if a spell could be spliced onto instants, or enchantments, or or anything can create a different, or even amazing possibilities. Because the card text gets transferred onto the original spell, you can do crazy things like the one I proposed to the right. With all the pros talking about having good, flexible spells, suddenly, you can do anything you wish.

Well, that’s my list of 10. What are your thoughts? What mechanics still have open space left in them?