Editor’s Note: The format has to be at least, three times bigger than this!

There’s a scene in the movie Zoolander (right here for your convenience) where main character Derek Zoolander gets depressed about losing Male Model of the year to Hansel (He’s so hot right now). His male model roommate friends try to cheer him up by getting him a Orange Mocha Farppacino, which does the trick. They’re driving around in a Jeep bopping their heads to Wham!, not having a care in the world because everything is awesome.

They stop at a gas station to refuel and from there a water fight breaks out using the gas station squeegees. Zoolander gets distracted, as male models tend to do, and goes to look at something while the rest of the guys escalate the playful fight to include the gasoline hoses and blissfully spray gas on each other. One of them decides it’s time for a smoke break, lights up and blows up the other friends, but leaves Zoolander safe.

After losing popularity to the newer, hotter format (Legacy), Extended played around with gasoline (fast combo decks). Suddenly, we learned that if there’s anything that this horrible tragedy can teach us is that a format’s life is a precious precious commodity. Just because it has a turn 2 20/20 and “infinite” 1/1 flying tokens, it doesn’t mean that they too can’t not die in a freak gasoline fight accident.

Once again the Magic world has been blown apart by Wizards. If you didn’t see the Banned and Restricted lists for June 18th, you can take a look. Here’s a summary if you don’t want to read the whole thing:

As of July 1st, All sets Mirrodin through Coldsnap will be rotated out of Extended. This is Mirrodin block, Kamagawa block, and Ravnica block including Coldsnap and 9th Edition. The rotation will now be every 4 years instead of the previous 7. This means that when Scars of Mirrodin is released, Time Spiral Block and 10th Edition will rotate out of Extended.

Also banned: Sword of the Meek and Hypergenesis.

Ignoring the Legacy changes (yes, there are some), let’s see what this means in the big picture. I talked about a rumored format I dubbed “The Jan Brady Format” for its place between the more popular Legacy and the cute Extended format. With the change in Extended, it seems more likely of something like this happening since it will create a huge gap between sets. But here’s the important quote I want you to take away from it regarding this:

Some of you may be worried that there might be too many formats for people to keep track of. With this there’s Vintage, Legacy, Jan Brady, Extended, Standard, Block, EDH, 5 color and variants of all those (such as pauper). You want plenty of options as a player. If everyone only played one format all the time, it would get boring. If you complain that it’s going to get too expensive, you don’t have to have all the staples of all the formats in order to have fun playing the format. People want options and this gives it to them. 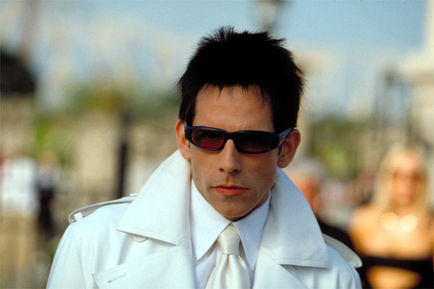 Wizards (through Brian David-Marshall) basically said no one likes Extended. People (meaning players who wanted to play in tournaments) didn’t want to play it unless Wizards said that was the format that was to be played; no one raised their hand and asked to play Extended like they do with Legacy. It was too hard to get newer players to play in a format that has 7 years worth of cards, some of them approaching $40 a piece (Dark Depths) already onto the amount they’re paying for Standard. But with the push to make it 4 years making the decks you played during Standard most likely will be able to compete in the new format, there might be more people playing.

When cards rotate out of a format, unless they’re being used in older formats their price drops like a rock. Cryptic Command used to be a $25 dollar card in Standard that now sits at $10. It’s not used much in Old Extended nor almost any other tournament format. On the flip side, Mutavault was $25 (maybe more) and sits above Cryptic at $15+ because it sees play in Legacy. With the popular decks and cards still really viable in the New Extended, the prices on them won’t drop as much since they’ll still be in demand. This will make more people want to invest in those cards since they know they’ll be able to use them longer which is some of the appeal with Legacy since those cards never rotate out (they just get banned).

Because of the increased investment on the cards, you’ll get more people to play in the format since they already have the cards. This larger base will then have them hold onto the cards for the rumored new format. Reading Twitter and forums after this was announced I saw a lot of players happy about this change since they started around that time. For a ton of them (at least the ones who tweeted/posted, mind you) they were scared of having to feel like throwing down $240 on a playset of Tarmogoyfs to compete. With a bunch of the older cards rotating, they already had the cards to get ready to play the format. That means you’ll get a increased attendance with people wanting to play their favorite deck from the past four years.

But that’s also an interesting part that we’ll go another step to investigate. Just two years ago Wizards changed the Extended format from having sets not rotate three blocks out at a time but rather the constant one year rotation we’ve seen from Standard. Listen to your friend Erik Lauer, he’s a cool dude:

As a format gets larger, different deck types get stronger at different rates. In particular combo decks tend to benefit more from the extra choices available than aggressive decks. Both get better, but the former can get a lot more reliable and resilient, in addition to getting faster. We make all sorts of “answers” available, so the attacking deck can reasonably interact with the deck trying to put together its combination of cards. However it isn’t just one combo deck getting stronger, it is a whole bunch. When a format gets too large, too high a percentage of the winning decks are either combination decks, or decks with an abundance of permission to disrupt those combinations.

Gee, what does that sound like? Thopter Depths/HyperGenesis. Both are being banned and now being rotated. This problem that faced Extended two years ago with the change in Extended still faced it today. It doesn’t mean that Wizards doesn’t want combo, but with inter-block design, it will now be easier to test something for Extended and within all the same curve. They were okay with because of the number of years apart (can’t find quote at the moment, but will insert if it’s found) becuase it was going to be in Extended, not Standard together. If the new rotation didn’t happen, those decks (since they would all rotate out at the same time), would be in Extended until September 2013. I’m sure people would get tired of seeing those decks fore three more years stifling deck design if there wasn’t going to be any new bannings.

But this also allows new things to be designed into Extended that will have an immediate effect. Sometimes things are a little late for Standard to deal with a problem, but silver bullets can now be put in sets a little further down the road to keep the decks in check. The smaller the card pool, the easier it will be to keep unwanted combos and effects out of people’s hands. Fun fact: In MaRo’s “5 year plan,” we’re skipping over two of those years getting rid of them from Extended quicker than expected. Wonder if he saw that coming.

There are some interesting things to note for lands with the way this is rotating. Gone are the Ravnica dual lands which makes the Zendikar fetches less powerful (for now). Now it will be the 10th edition Pain Lands, the Tribal lands, the Vivid lands, the Hybrid lands, the Tri-lands, and the M10 lands. You might think that this won’t change decks too much, but that’s where it will only get much much harder to make as consistent decks as we’ve seen in the past. Everything we have come to expect to see will be gone. And the year after that, more will rotate out, hence the constant change.

If you’re looking at me for my prediction about what this New Extended format will have, take a look back a couple of years. There was Faeries, 5-Color Control, now Jund and Superfriends and Next Level Bant and Naya, etc. We’ll finally have the ability to have two of the most hated decks since Affinity battle each other with new toys and better options (imagine Faeries with Jace 2.0 and Jund with Reflecting Pool). Bye bye Zoo (no Ravnica Duals) however Knight of the Reliquary maybe one of the most valuable cards in Extended since it can go get any land.

How do I feel about this rotation? A little mad that I’ve got a playset of Dark Depths that are just falling like a brick in price, but it doesn’t concern me all that much. I remember playing Extended with Tinker and Pernicious Deed, so all I’ve seen and come to know about Extended is change. I haven’t really been drawn to this format for years and with this change I don’t know if I’ll come running back. It will be easier to have an Extended deck thrown together now as it won’t have some of the same stuff as a Legacy list. But am I running down to my store each time someone announces an Extended tournament? Most likely not.

Was this change necessary? I can’t give you an answer for that. If players weren’t willing to play in Extended in the first place and it seems like this will now, then all the more power to Wizards. Change happens all the time in Magic (you’ll get a post about this later) so while it may shock everyone at first, everyone will adjust and eventually say this is alright.

Or we’re all just being brainwashed to like this New Extended and kill the Prime Minister of Malaysia.

Good luck Extended on finding out if there’s anything more to life then to be really really ridiculously good looking.

Your thoughts on the New Extended below. Complain, jump up and down, whatever.

One thought on “Wake Me Up Before You Go Go (What is This? A Format for Ants?)”